Home/Learning/Sycamore – A Sticky Problem!
Previous Next

Today as part of Science Week we had a problem to solve. The task was to make and test 3 different glues across 3 different criteria:

In groups we shared out the tasks, for example: gathering the equipment, taking photographs.

We made the different glues. We had to check we used the correct quantities and mixed them in the correct order. 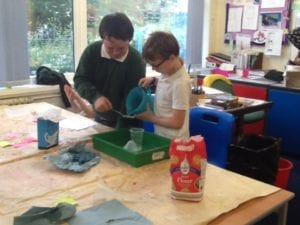 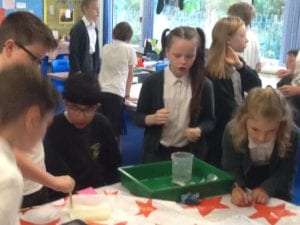 Once the glues were made we had to decide how we would test them.

This took a lot of discussion. In particular, we wanted to make sure that our results weren’t affected by any unfairness in the testing. Not all groups decided to test the glues in the same way. 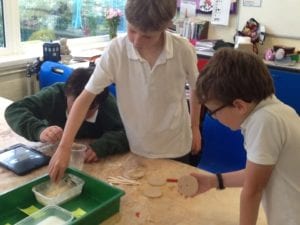 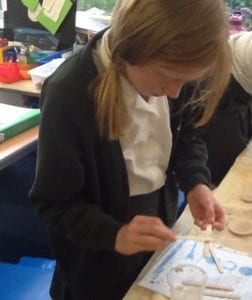 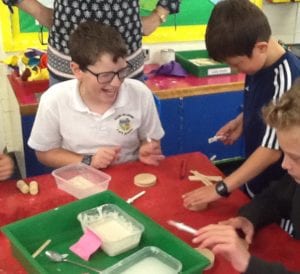 Once we had tested them we made sure we had recorded our results. Each group chose how they would do this. At the end of the day we discussed our results. Overall, glue B seemed to be the best.

It was a lot of mess but a lot of fun!