After school, some pupils from y5 and 6 took part in a netball competition in Lancaster. The children played amazingly winning 4 out of 6 games and drawing a further 1 game.

We won the semi final and ended up 3rd overall winning a trophy!

Well done to all involved, the children and their parents who helped with lifts and came to support!! 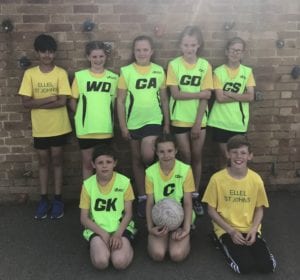 About the Author: Helen Quinn