Multiplying by powers of ten

Multiplying by powers of ten

In maths we have been focussing on demonstrating and developing our reasoning skills in every lesson.

We explored what happens to the digits when we multiply by powers of ten by using place value charts and counters.

We discussed what we thought would happen if we divided instead and decided that the digits would move right instead as the number would be getting smaller.

We found out that:

We moved the counters either left or right on the charts to show the multiplications and divisions. 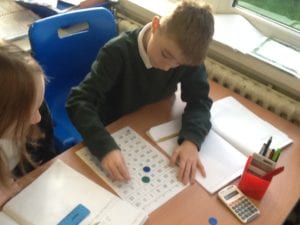 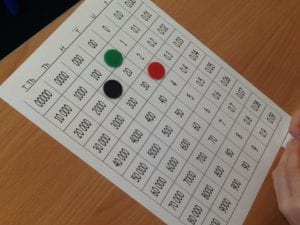