In Science this week we were set a challenge to separate all the items in a mixture. 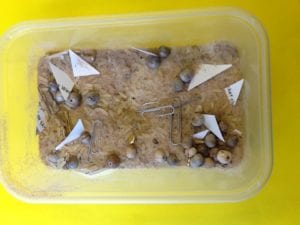 The catch was that we weren’t allowed to touch any of it. We could choose a range of equipment to help us with this task.

We were able to separate most of the items fairly easily.

We used tweezers for the beads and paper. 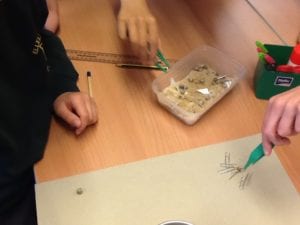 We used the magnets for the paper clips and paper fasteners.

We used the sieve for the rice. 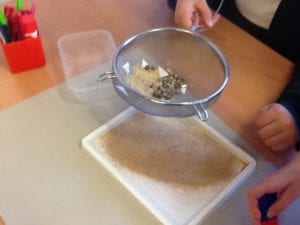 Then we were left with the sugar and sand  – and that was the tricky bit. How were we to separate them? They had the same size pieces that both went through the sieve!

After much thinking we decided to add some water. 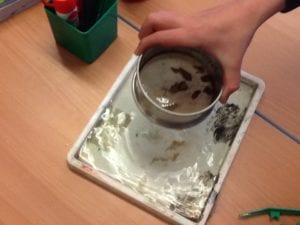 We observed that the sand stuck to the bottom  – but where was the sugar? After discussing cups of tea – we realised that the sugar had dissolved.

So we had the sand and a sugar solution. How could we get the sugar back to its original state?

After further discussion about the water cycle and the process of evaporation, we decided to put some sugar solution into a petri dish and leave it in the sun for a few days. 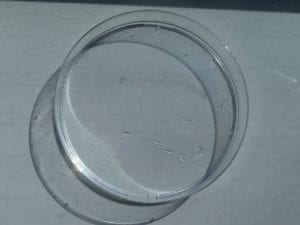 When we checked at the end of the week, the water had evaporated leaving the sugar. We had got the sugar back to its original state. 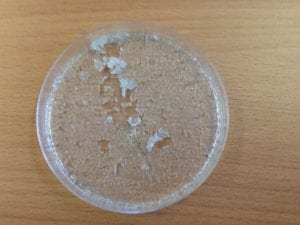 We realised that the change we made to the sugar by dissolving it in water could be reversed through evaporation.

Over the next few weeks we will be looking more closely into reversible and irreversible changes.