In English we used role play to act out the scene where Macbeth and Lady Macbeth hold a banquet to celebrate becoming King and Queen. We set the tables out to look like a banqueting hall and acted out the part of either a Lord or Lady. We created freeze frames from the banquet e.g. drinking, chatting, eating. 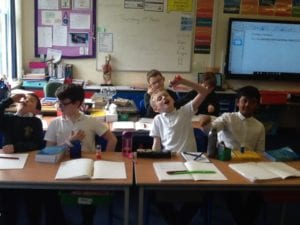 We continued by acting out the part where Macbeth finds out that Banquo has been killed but not his son. 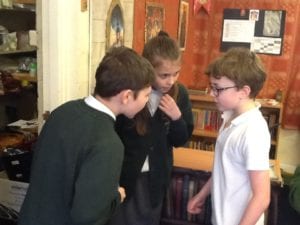 Macbeth then saw what he thought was Banquo’s ghost – we talked about how Macbeth had a guilty conscience. 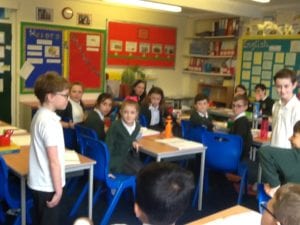 Finally, after Macbeth shouted out, all the Lords and Ladies left in a panic. 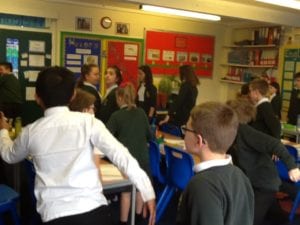