12 Year 6 pupils went to compete in a football tournament against 7 other teams from local schools. They played 8 a side matches, rotating players, working incredibly hard as a team and shown amazing sportsmanship.

They played 3 games in the group stages.

Made it through to the semi-finals – continuing that team spirt, showing incredible respect towards the teams they were playing.

Once winning the semi-finals, they made it through to the FINALS. What sheer determination they showed!

Winners of the Lancaster Football Tournament! 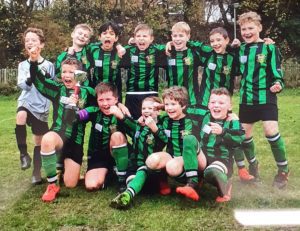