We started the lesson with an image of a building. We had to note down 3 things we noticed and 3 questions we had.

This led to lots of great discussion and lots of very interesting questions being asked including:

How old is it?

How did they build it?

What is it made from?

What is it for/ purpose?

How long did it take to build?

We discovered that it was The Parthenon, which was a built by the Ancient Greeks as a temple.

Next we explored other buildings that we know today that look similar to the Parthenon. We identified:

The British Museum and Lancaster Town Hall, who both look very similar. We decided that this was a legacy of the Ancient Greeks, that buildings in use today have taken the same architectural ideas.

Next we used our new Art Sketch Books to have a go at drawing the different types of columns we identified from Ancient Greece – Corinthian, Doric and Ionic. 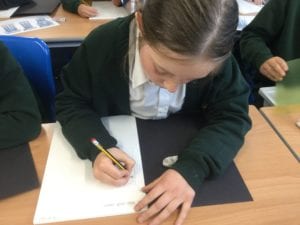 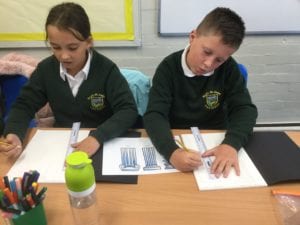 We used these to inspire us to create our own columns using pencils and chalk on black paper. 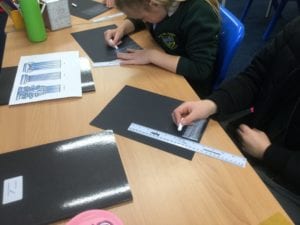