Hope you had a try at the sock sports and didn’t in any way come close to beating my majestic score of 6 catches without dropping. I also hope that you didn’t trash your parents house in attempting to catch the sock. If so, do not worry, this next bit is a much calmer activity and it involves children talking about their feelings. (Gulp!)

In this term in R.E. we are looking at stories which Jesus would have listened to as a child. These stories are the ones that you usually would hear whilst in Sunday school. Noah’s ark, Moses etc They are great stories which usually help us (even as adults) to learn and make the right decisions as we get older.

The story we are starting with is Jonah and the Whale which is a great story to help us understand things such as obedience (Doing as you are told) and knowing when you are wrong and saying sorry. It also shows how prayer is a great way for us to connect with GOD especially during our difficult times. Which actually is really appropriate for the world right now!

Today’s challenge is to think about a time when you have done something wrong and you have had to say sorry!

O.k. so here’s the story which i have simplified and made nice for children.

So a long time ago GOD was fed up, because in a town called Ninevah (Nin-eeee- var) People were fighting and arguing all the time and were treating each other really badly. GOD chose Jonah to go tell them to stop but Jonah was worried that the people wouldn’t be kind to him so he ran away in the opposite direction. Jonah jumped on a boat with some fishermen and headed to a town called Tarshish (Tar-shi-shhhhh). Whilst Jonah was sleeping on the boat GOD sent a terrible storm to smash up the boat. Even though  the fishermen were scared Jonah knew that he was the reason the storm was happening and told the fishermen to throw him in the sea. Whilst floating in the sea GOD calmed the storm and sent a big fish to swallow him whole.

Now in the bible it actually doesn’t say the creature is a whale. It actually says Big fish, which many people assume is a whale

17 Now the Lord provided a huge fish to swallow Jonah, and Jonah was in the belly of the fish three days and three nights. 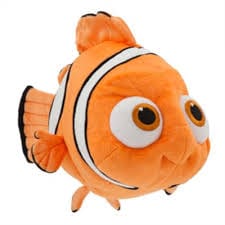 Jonah spent 3 nights and 3 days inside the big fish’s belly and used this time to pray to GOD to say sorry and apologise for running away. GOD forgave Jonah and told the big fish to take Jonah to Ninevah and spit him out on the beach near the city. Jonah knew that GOD was serious and went and told the people to change their ways and they did. Hooray

Here’s what i want you to do :

Jonah had to pray to GOD to say sorry and GOD forgave him. Think about a time when you have done something wrong and said sorry to make it better.

Think of a time when you have been asked to do something by an adult and you have refused to do it. 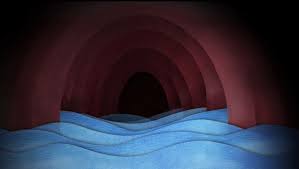 I look forward to hearing your thoughts and ideas.

See you all soon!