Home/Acorn Class, Learning/Acorn Class: R.E Lesson (4/3/21) The Parable of the Talents.
Previous Next

Today we are finishing off looking at the Parables that were told by Jesus. This will give us a good opportunity to learn about the Easter story when you return to school (It takes about 3 weeks to absorb it all which fits perfectly with the 3 week run up until Easter!)

In today’s Parable. It is a story about a boss who gives money (Talents) to his workers to test them. He wanted to see if they could make him more money!

Today i want you to consider a few things:

There once was a Man who was going away on a trip so decided to leave his house and business in the hands of his workers. He wanted them to look after them whilst he was away. The man gave the three workers each some money then went away on his trip. 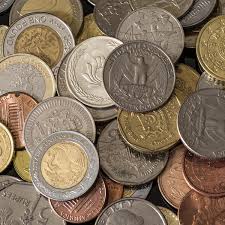 Even though he gave different amounts to each worker. 1 coin was still an incredible amount of money to give to worker back in the old days!

Worker number 1 went to work, he used the money he was given to sell things at the market and made twice a such money for his boss.

Worker number two was given less money than worker number 1 but still spent the money wisely and made double the money back as well.

Worker number 3 ran outside to his garden and buried his 1 coin in a hole. He knew that it was a lot of money and was worried that he would waste it. He didn’t think that he could make any more money and didn’t want to risk losing it.

Many days later the boss returned and asked the workers what they had done with his money.

Workers number 1 and 2 proudly showed the boss how they had doubled his money. The boss replied “Well done my good and faithful workers” “You have shown wisdom in charge of little things so i will now put you in charge of greater things!”

Worker number 3 approached the boss and told him that it wasn’t easy to make him happy so buried his money in the garden and handed the 1 coin back to the boss.

The boss was angry and called the worker lazy and selfish, He said to him “You were only given him a little bit of money because i knew you could only handle a little bit and you still managed to waste it. You didn’t even put it in the bank!”

Through Jesus’ Parable it explains that we have an opportunity to talk about how amazing GOD and Jesus are to our friends and that when we don’t we have wasted the chance like worker number 3. It also encourages us to be more like the workers 1 and 2 and not at all like worker number 3. It’s not really about making money, it’s about doing more with what you have. It all depends on what you like to do. You have been blessed with may skills and qualities and it makes GOD happy if you build on those skills and get better at them.  I know as you get older the school will benefit from your many talents as well especially if you work hard, learn and practice.

I will put a video about it as well. It’s not the usual ones we watch

Think about what talents you have and maybe draw a picture of them also write down any ideas for making money and send them in.

You never know I might see you on Dragon’s Den in the future!

I hope you have enjoyed listening to the parables of Jesus. If you want to see more just search for God’s story and Parables and you should come across some recognizable child friendly short (Sorry Lucy!) videos that explain things really well!

**The God’s story animation series is a really helpful tool in helping to introduce characters from the bible to your child.**