I just thought I’d share with you some of the fantastic drawings that have made it over to me.

I challenged the children in Acorn class to draw a picture of a time where they have had to show bravery and courage. I will warn you some of the following images are truly terrifying. So grab your cushions and brace yourself. 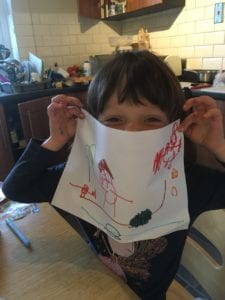 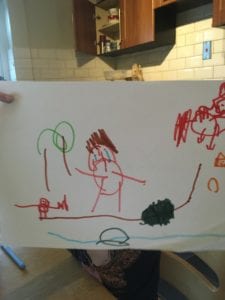 Alice showed bravery when she went on a trip to Ingleborough Falls. She fell and banged her head on a stone and there was lots of blood! (See top right part of picture – gruesome RATED 18) 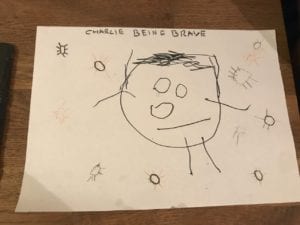 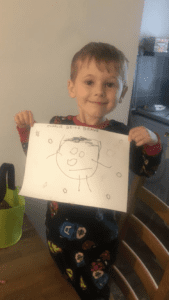 This one is very close to my heart because I cannot stand Spiders. Urghhh (Never should’ve watched Arachnophobia when I was younger; it ruined me. Jaws didn’t help either, always check under my legs in water. Even in a hot tub!) Well done Charlie, you seem to be surrounded by spiders here so I can only imagine how brave you must’ve been! Wowzers! 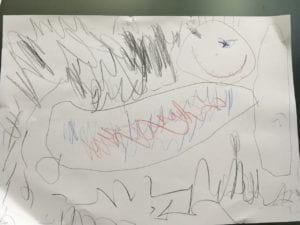 Toby used to be scared of the dark but he isn’t anymore (Hooray!). Great picture though Toby. Here he is sleeping confidently in his bed whilst the darkness surrounds him! Muwahahaha

George showed bravery whilst having eye drops. George you are much braver than me, you would have to sellotape my eyes open to put drops in me. Well done George and just in case you’re about to ask “No, I don’t like bananas” 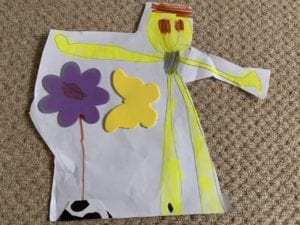 Ellison had to be incredibly brave when he had to have a splinter removed from his foot. I don’t know whether the drawing is to scale but it looks roughly the same size as a piece of decking so I can only imagine what pain you must’ve suffered during this time. Ellison I salute you. 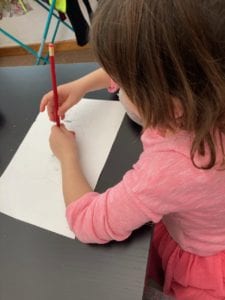 Finally we have Lucy’s bravery picture. There’s quite a lot going on so bare with me. (**Takes deep breath**). O.k. so… Lucy drew a picture of the dentist which is of course a natural fear. This memory appeared to trigger a number of images within her mind and so also drew Monsters, Mr Toothy Mountain (Which in my opinion sounds truly haunting), Giggy and tiny the dog, not to mention Mrs Big on her way to London who has also traveled around the world. Phew. Well done Lucy for your enthusiasm and imagination. Great work!

Do not worry if you haven’t sent anything in. If I receive anymore by the weekend I will post on the blog another update. You can also bring it with you when we return after half term and we can have a look as a class at how brave and courageous we are!